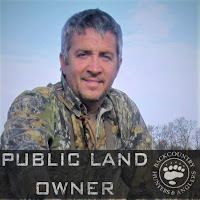 Congress is on track to kill off the most effective conservation program in American history.  The Land and Water Conservation Fund. (LWCF) Over the past fifty-two years this behind the scenes program has protected over seven million acres of wildlands and recreational areas for wildlife and
outdoor loving Americans.

Say you've never heard of the LWCF?  The fact that the program operates quietly behind the scenes without fanfare and recognition puts it at risk.  So it's important you know the program's history, funding,  and just how incredibly effective it has been as a conservation tool.

Here's a primer: In 1964,  Congress, yielding to pressure from the oil and gas industry struck a deal  to open America’s fragile offshore areas for drilling. In exchange, the oil companies agreed to pay a royalty on the oil and gas they produced. Much the same way they pay private landowners, but in this case, the “deal” was with public landowners, the American people. It was a publicly supported solution that, in more civil political times, had bipartisan support in Congress.

The deal, a straightforward and pragmatic trade-off, was to utilize revenues from the depletion of one natural resource, in this case offshore
oil and gas, to purchase and preserve natural habitats like those found within our national parks and wildlife refuges.  As a royalty, not an income tax,  it rises and falls with energy production. Energy companies liked it because they only pay for what they bring to market, and American taxpayers liked it because it required no additional income tax.

As the principal funding source for federal land acquisitions and grants that support state and local recreation needs, the LWCF has provided lasting tangible results benefiting every Arkansan. So much so that EVERY county in Arkansas has a state or local park project, either by acquisition or development,  that has been funded by the LWCF.  From sportsmen utilizing the waterfowl-rich habitat of Cache River
Wildlife Refuge, to families picnicking in the green grasses of Burns Park, to romantics witnessing sunsets on the blue waters of Degray lake, we've all benefited from the LWCF.

Yet sadly, this important conservation program has come under increasing attacks. Each year Congress pilfers and plunders this fund by diverting most of the 900 million dollars in royalties it collects toward uses other than for what was intended. Worse yet, Congress, under continued pressure from the oil lobbyist they depend on for campaign money is on track to renege on the 52-year-old agreement entirely. (Energy companies forked over a whopping 25 million dollars to sway congressional members last year!) Without action by Congress to renew the program, it will die on September 30, 2018.

Think about it.   As a land-owner, how upset would you be to have an oil company negotiate a deal to drill on your property, strike oil, promise you compensation,  then renege on your promised royalty payments? In slick, ruthless oil baron fashion, this is exactly how our parks, wildlife refuges and the outdoor loving American public are being swindled.

Broken promises in Washington are nothing new. But this is one promise we must hold them to. I say, so long as offshore wells and drilling remain, royalties should be collected as originally promised and utilized for the establishment and protection of our ever diminishing habitats by means of national wildlife refuges, national parks, and other public wild-land programs.  All who cherish Arkansas's wildlife; all who hunt, fish, hike, bike, and bird watch should take action now and urge your congressman to support full funding and permanent reauthorization of the LWCF before it's too late.

Author- Jim Taylor, AWF Board member, public land advocate, and bow- hunter. Jim often shares his thoughts on conservation, public lands, and bowhunting in Arkansas through his blog at www.BowhunterChronicles.com